"Any Time, Any Place"

Spectre has an impressive combat history. During Vietnam, gunships destroyed more than 10,000 trucks and were credited with many life-saving close air support missions. AC-130s suppressed enemy air defense systems and attacked ground forces during Operation Urgent Fury in Grenada. This enabled the successful assault of Point Salines airfield via airdrop and airland of friendly forces. The gunships had a primary role during Operation Just Cause in Panama by destroying Panamanian Defense Force Headquarters and numerous command and control facilities by surgical employment of ordnance in an urban environment. As the only close air support platform in the theater, Spectres were credited with saving the lives of many friendly personnel. During Operation Desert Storm, Spectres provided air base defense and close air support for ground forces. AC-130s were also used during Operations Continue Hope and United Shield in Somalia, providing close air support for United Nations ground forces. The gunships have most recently played a pivotal role during operations in support of the NATO mission in Bosnia-Herzegovina, providing air interdiction against key targets in the Sarajevo area.

"Urgent Fury"
Grenada
Oct 1983
Spectre was overhead in Grenada October 25, 1983 paving the way for the assault by multi-national forces which liberated the island. Spectre was praised for "saving the day" by providing last-second surveillance and intelligence to the air assault forces, silencing anti-aircraft artillery emplacements, knocking out enemy armored personnel carriers, defending political dignitaries surrounded by enemy troops and relieving troops in combat.
The island of Grenada the morning of the Operation. 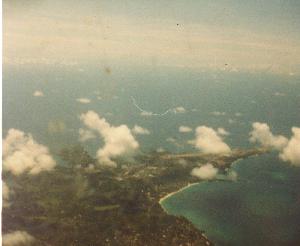 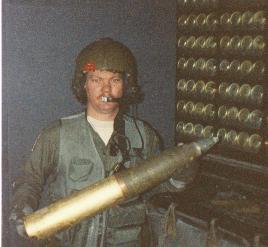 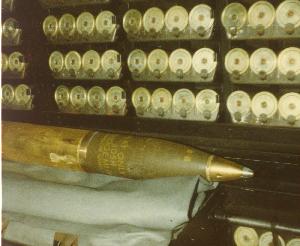 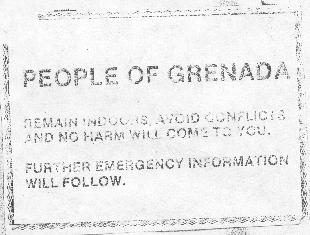 "Just Cause"
Panama Canal
Dec 1989
The mission was to secure the safety of American citizens and American interests in the Panama Canal Treaty, to establish law and order, to restore democracy, and to bring Panama's dictator Manuel Noriega to justice.
The gunship participated in the reestablishment of democracy in the Republic of Panama during Operation Just Cause. By destroying the headquarters for the Panamanian Defense Force, and providing fire support for the Army Ranger assault on Rio Hato, the 16th SOS received both the MacKay Trophy and the Military Airlift Command Aircrew of the Year Award for 1989. 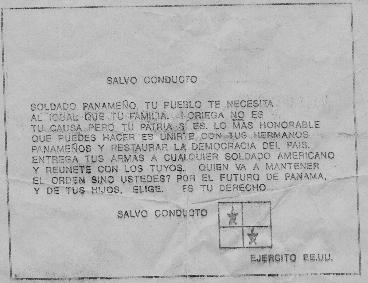 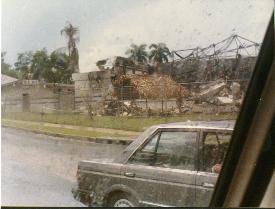 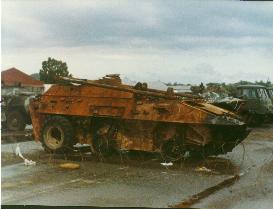 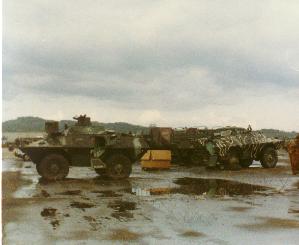 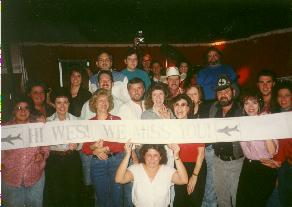 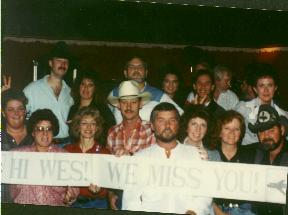 Friends: "Never forget who cares about you".
"Desert Storm"
Iraq-Kuwait
1991
During the war, AC-130H gunships flew armed reconnaissance and destroyed ground targets. The unit flew 50 combat missions in Desert Storm.  A heavy price was paid when a AC-130 was lost and 14 brave airmen were killed January 31, 1991, while supporting coalition forces engaged in the Battle of Khafji, Saudi Arabia. The biggest single lost for the Air Force during the war to liberation Kuwait. Call sign "Spirit 03".

"Eastern Exit"
Somalia, Africa
Jan, 1991
On 01 January 1991, the US Ambassador to Somalia requested military assistance to evacuate the Embassy. Americans and other foreign nationals had sought shelter in the Embassy compound that day as the reign of Somali dictator Siad Barre disintegrated into a confused battle for control of Mogadishu. The next day, Operation EASTERN EXIT was initiated. Conducted between 2 -11 January 1991, participating units included USS Guam, USS Trenton, 4th Marine Expeditionary Bde, Air Force AC-130 (intelligence gathering and fire support, and 9-man Navy SEAL team), and other elements. Responding to the deteriorating situation, Operation Eastern Exit involved the evacuation of 281 noncombatants from the US Embassy in Mogadishu, Somalia.
"Restore Hope"
"Continue Hope"
Somalia, Africa
1993-1995
During 1993 and 1994, the 16th SOS deployed to Africa in support of the United Nations relief operations in Somalia, Continue Hope. During this deployment, a gunship was destroyed, due to an in-borne detonation of the 105mm gun while airborne. Eight of the 14 aircrew members lost their lives. Call sign "Jockey 14". 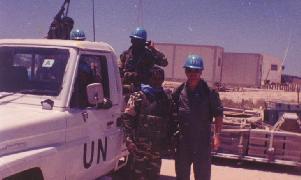 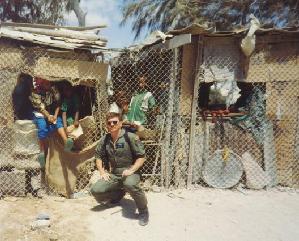 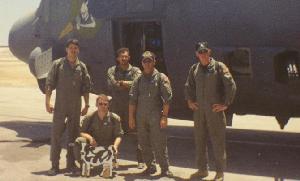 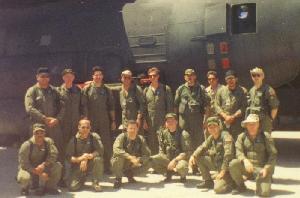 "Deliberate Force"
29 August, 1995
Spectre was actively patrolling the hostile skies over Bosnia-Herzegovina providing protective air cover and close air support to UN protection forces (UNPROFOR).
Operation DELIBERATE FORCE Aug. 19, 1995, the largest NATO air operation in history. On the first night, "GHOST-31", aircraft 69-6568 struck an artillery/mortar position southeast of Sarajevo marking the first time this aircraft had ever fired in combat. The 16th SOS flew multiple CSAR sorties from Sept. 6-8, 1995 in support of the rescue attempt of the French Mirage aircrew, callsign "EBRO-33", downed by a surface-to-air missile near Pale. Operation DELIBERATE FORCE lasted until Sept. 15, 1995, in this operation the 16th SOS expended 268 rounds of 105MM and 125 rounds of 40MM against early warning (EW) radar sites, command and control (C2) buildings, mortar/artillery positions, and ammunition storage areas.
After the fall of the eastern Bosnian "safe areas," in July 1995, the international community agreed to steps to extend NATO air power. NATO extended its threat of air strikes against Bosnian Serbs if they attacked any of the remaining "safe areas" in Bosnia. "Safe areas" include Gorazde, Tuzla, Bihac and Sarajevo. Serb forces wasted no time testing the world's will and launched attacks against the "safe areas" of Zepa, Bihac and Sarajevo. To complicate things even further, Croatian forces entered the fighting in early August.
NATO launched a sustained air strike campaign, Operation Deliberate Force, beginning on August 30, 1995, against Bosnian Serb military targets in response to a Bosnian Serb mortar attack on civilians in Sarajevo. Air strikes were conducted on eleven days during the period 29 August through 14 September 1995. Of the total of 3515 sorties flown, 2470 were penetrating sorties, which included attacks on 48 target complexes [consisting of 338 individual targets within target complexes].
In the view of the US Defense Department, Operation DELIBERATE FORCE proved that airpower can have a decisive role when serving achievable, clear policy objectives. Airpower's efforts in helping to lift the siege of Sarejevo saved lives and helped pave the way for a negotiated settlement. Deliberate Force was the crucial step in bringing the warring parties to the negotiating table at Dayton, leading to the peace agreement.
Spectre "568' finally shakes a very old ghost 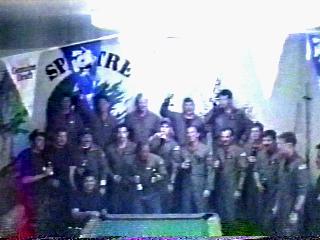 After a long mission over Sarajevo, our crew celebrates in the hooch bar.
BRINDISI, ITALY
It was a long time coming, but the l6th Special Operations Squadron's AC-130H tail No. 568 finally exercised a ghost that has been haunting it for more than 20 years.

Spectre "568", brought into service as a gunship in the early '70s, had the unenviable distinction of being the last H-model gunship to never have fired a shot in anger, That changed Aug. 29, 1995 when NATO kicked off its largest air campaign ever.

It's not like Air Force Special Operations Command gunships haven't had a lot of opportunities to be in combat in the last 15 years. Spectre gunships have played a role in every major operation since the invasion of Grenada in 1983. It was just a quirk of fate 568 was always in the wrong place at the wrong time, according to Maj. Keith Maresca, mission commander for the gunships here.

Funny thing is, it almost missed its opportunity during Deliberate Force, according to Maresca. "The day before NATO started bombing we were getting ready for an aircraft and crew swap-out," said Maresca "568 was con-figured to go home when we got word of the bombing campaign. Three hours before take-off we got a call to hold the planes."

This wasn't the first time the gunships were notified to hit targets in Bosnia-Hercegovina. The call had been issued many times before, just to be canceled at the last minute. "We didn't think the mission would really be a 'go' based on past experience," said Maresca, "but that afternoon it became clear we would launch. The maintenance guys did a super job, in record time, to reconfigure 568 for the mission. "Their work allowed us to make 568 the primary bird," said Maresca. "They are the reason 568 is finally a combat veteran."